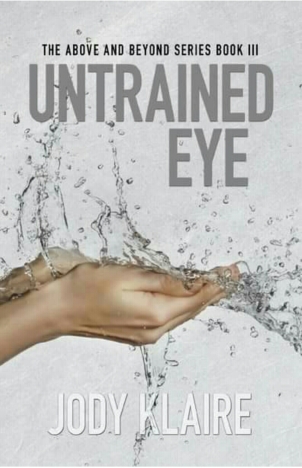 It’s Renee. I don’t often get the chance to say hello to you all so I thought it would be nice to do so. It’s been quite a journey so far, hasn’t it? Who’d have thought back in Serenity that my little Missourian would turn out to be such a hero? I have to say, I couldn’t be prouder of her. Not that I am supposed to tell her that. I have to treat her as I would any other officer or agent under my command. It doesn’t matter that she’s… she’s…

Anyway, when we left St Jude’s I had to start her protection corps training with her. She caused chaos yet somehow managed to pass all we worked on. I tried my best not to laugh but there were times when I had to stand back and do just that. I don’t think I’ve ever seen a POI rescued using a banana, some Jell-O and three cable ties. (Don’t ask.)

I’ve also never seen Ursula laugh so hard as when Aeron decided that the POI wasn’t fast enough and so picked him up and carried him like a sack over her shoulder. It wouldn’t have been so bad but he was supposed to be a dignitary. Aeron’s thoughts on it? “Well he’s fine, ain’t he?”

It’s hard not to love the woman.

I don’t quite know what went on between Aeron and Ursula in St. Jude’s but something has shifted. I can’t explain what it is but they are far less icy toward one another than they have been. Ursula is still Ursula so that means nothing much has changed in her demeanor but her eyes twinkle now and again when she’s looking at Aeron. Before you start raising your eyebrows, it takes a lot to get Ursula twinkling for anyone. I’ve known her a long time and I can tell you it’s such a welcome sight to see. Personally, I adore the stoic, cold, hard-headed pain-in-my-butt. I do. There’s something very, very special about her.

I’m sure you know I think along the same lines for Aeron too. That’s been a bit more difficult since St. Jude’s. Actually, everything is harder for me. I’m glad I have Ursula to talk to. (Yes, she does talk… sometimes.) She knows me, I know her. I understand why she puts up with me. I’m not quite sure why Aeron does though.

Anyway, where was I? Oh yes, I’m ducking in to chat to you because Aeron is very busy, as is Ursula and Nan and… well, the plane is full for this adventure.

“Renee, you comin’, Nan is playing with the controls again.” That’s Aeron in case you could ever mistake her.

Nan? I don’t know how many times I’ve told her that former people, or spirits, or angels—wings or not—need clearance to fly.

“Black, get your butt on the plane or you can run behind us.” Ursula is in a jolly mood as always.

I’m pointing to the screen. “I’m trying to let them know they need to buckle up.”

“Really. Telling them how much you drool over Lorelei is running through a safety drill?” Ursula is peering over my shoulder, scowling.

“I was not drooling.” I wasn’t. I don’t drool. I don’t know what would give her such an impression.

“You think they believe that any more than you?” Ursula is scowling deeper. It’s the one she does that makes me think she needs glasses. Imagine the geeky look on her then. You never know, they could mess up her hair.

“You want me to stick you in the RV with Fitzpatrick?”

Er no. She’s in a really jolly mood.

“Didn’t think so.” She’s motioning to the plane now. I’m running on. Up the steps. It’s a bit hard to type while I do that. There aren’t many seats. Thankfully there’s one free next to Aeron at the front.

“Hey.” She’s waving at the screen. It’s buzzing in response. She has a big grin on her face as she always does when excited.

“Folks and furries, welcome aboard Aeron Airways.” Yes, that’s Nan. Ursula has gone into the cockpit too. Hopefully that means she’ll be the one flying.

“Make sure your trays are on laps, reader is charged, book hand at the ready and your favorite treat nearby.” Nan is really good at this. She should consider it as a career. “In the event of spilling your beverage over the page, cryin’, laughin’ or hollerin’ at Blondie.”

“That’s right. You may get some spillage ‘cause, in the spirit of things…” Cue chuckling from the others on board. She is mildly amusing. “There’ll be turbulence along the way.”

Aeron is chuckling enough to make my seat wobble. She’s only just gotten the “in the spirit,” bit. Bless her, I’ve not fed her yet.

If that didn’t give you enough of a clue. The engines kicking in should. “Nan, you need to…”

Oh there goes my stomach. We’re on the move, rumbling up the runway… Untrained Eye is in the air!

or, of course, all the usual places!

← The Little Things
A review from LLR for Pip! →

One thought on “Neat Set of Wings”