Spanish Greetings and a series?

It’s been a warm week here in the UK so there’s been every excuse to eat lollies! If you’ve read Untrained Eye, you’ll know it’s Frei’s favourite snack in the sun.

When I write a book, I tend to fill it with a lot of little touches that you might not notice the first time you read it but I’ve tried to create stories that you can re-read and spot different things each time. It’s always a tough part of the process when you publish the book because you don’t know how it’ll be received or if anyone will bother buying it.

The book market is a busy place and buyers are faced with thousands and thousands of titles to pick from. With everything from free books to those which ask a fairer price for their author. (Guess where I stand on that one?)

When I came over to the book industry from music, there was a real worry about the way ebooks would effect it and whether, like music, it would become almost impossible to make a living from doing the things you love. I found that hard in music. There are not many industries where you could have a masters level education, years and years of experience and still be lucky to get paid. It’s cheaper and quicker to create music electronically, buyers are happy with that and so the industry will move that way.

In books, it’s less dramatic but with books being “sold” for free we have both people who are having a go at writing and getting their stories out there and then uber successful names that can command huge advances. I like that about the industry but that makes the job of the career author very difficult.

Without a trade publisher (the big names like Penguin or Hodder and Stoughton) an author doesn’t have access to certain shops (or supermarkets) and those publishers can’t be reached unless through an agent. From my experience, the thought process seems to be that they take on what they know they can sell. That means that, yes, an author is “vetted” so there’s many levels on which a reader can have assurance that the product they’re buying is good; yes, it will have a better chance of selling over at least 100,000 copies; with an agent you may get better access to TV companies who may decide they can make your book(s) into films.

Then there’s the step under that: The independent publishers. They may be mainstream or perhaps into a niche market. They are smaller operations with fewer staff and less marketing power but, dependant on their expertise, they again assure a reader that someone who knows what they are doing has read a book, liked it, edited it and put their money behind it. They can’t reach audiences like the Trade publishers but they have a house style, and you learn what to expect from their authors.

Then there’s the courageous folks who go it alone. They trust their skill enough to self-publish. Yes, sometimes that might mean that a publisher/agent wouldn’t take them on but the reader may find themselves reading cross-genres that a trade publisher won’t touch or characters that weren’t seen as marketable. It can also be an author who has chosen not to be with a publisher. I know a few of them and it looks like a lot of hard work but they’re in complete control of their work. For a reader, that can mean you read something that sends you to sleep or you discover a genius who you will be a fan of for years.

Either way, the main aim of all authors is to get people reading our work. Things like USP (Unique Selling Points,) advertising campaigns, blogs and social media are all things that are now becoming a requirement for an author. You need to sell a product, a brand but that isn’t easy. A lot of authors are on social media but more so because they are trying to sell their work but normally other authors see the posts etc. not the readers. There’s so much advertising that really who pays much attention to it anymore? And, even if they see your posts, why should they pick your book over the umpteen others being thrown at them? 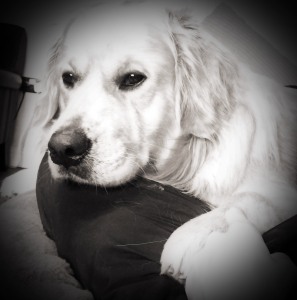 Ferb doesn’t need much PR – He’s got his fanclub already!

Like most authors, I’ve had to think a lot about that. When I set out to write my books, I wanted them to be characters who breathed and came off the page, stories that you could read over and over and writing that, now and again, would make you sit back and think, “ooh, I can see that scene.”

I’d never been a promo kind of person. Even as a musician, I had a record company that did all that “stuff,” I was too busy delivering shows and albums. It took me a good while to think of how I wanted my website to look and what I wanted it to say about me. I had help from a wonderful mentor on publicity and marketing but it’s never been my thing, not really.

I’ve been trying to think of ways that are reader friendly, natural ways, for me to draw new readers in while making sure the books are worth it when they take a chance. To put it in Aeron speak, “It ain’t easy.” 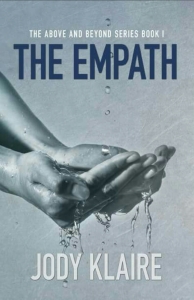 So… I’m going to take Serenity Hills and a story that went on within its walls, (If you’re a fan of the series, in The Empath, I mention Susan. I also mention Dr. Byson.) If you like your TV, it’ll be set out like a TV series. Each month, I’m hoping to put up a new “episode” which will be a novella in a sense but free and downloadable on PDF for your ease.

It’ll feature Susan but there’ll be certain folks you know as part of the cast (like Aeron, Frei and Renee) and I’m hoping to make it a lot of fun because I’m a writer. That’s what I do, so the natural way for me to draw readers to my books is to… well… write stuff.

I’ll let you know when the first episode is up but until then, here’s my Spanish welcome for my website. 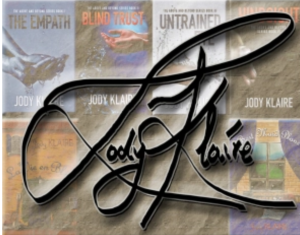 One thought on “Spanish Greetings and a series?”