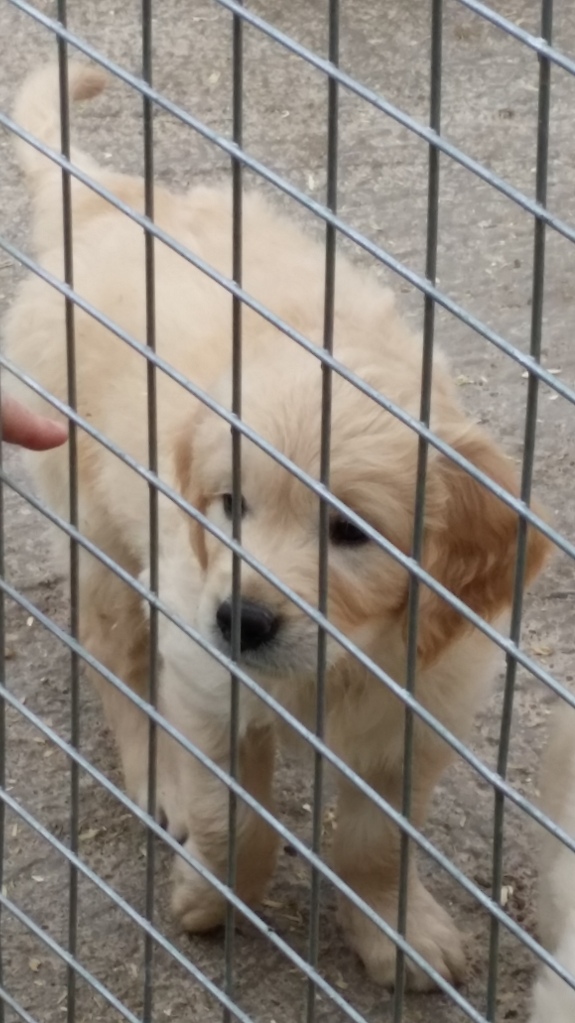 Although I’ve been lucky enough to have a Goldie before. I’d never had a pup. So, I thought I would document Fergus’ and our journey of discovery. We’re hoping that one day, Fergus will be qualified as an assistance dog for me but even if he doesn’t pass all the tests and exams, we’re hoping he’ll be a happy, healthy pup with lots of love. Making the decision to look for a pup came from my Mum. Em and I took time to heal after Ollie bounced off to the puffy clouds. I’m not quite sure that the loss ever fades truly. We still think about him everyday and we hope he’s guarding over his new little brother.

The search for Fergus was straightforward. The Kennel Club website is pretty awesome for listing the breeders and the lady that we spotted had a few badges of honour from them. When I got to talk to Sally, it was clear that she not only loved her Goldies, she knew her stuff! So off we went to look at the pups. We weren’t there to pick at this stage but to get a feel of what they were like, how their mum was etc. Loved and well-cared for was the answer. Ten little fluffballs snoozing, playing and saying hello. The mum was beautiful. Her energy and twinkle in her eyes really was a pleasure to see, along with all of Fergus’ older relatives, grandpa, grandma, great-grandma and siblings… they were a gorgeous pack of cuties!

We did see a little guy at the time (as Fergus was snoozing around the corner) and didn’t see our boy yet. We had some puppy cuddles, enjoyed hearing about the adventures of Fergus’ ancestors and chatted a little bit about ourselves. When we arrived home, I started to read up on Goldies and puppies, trying to soak in all the knowledge out there that I thought may help and discount some of the really scary things people said about toilet training, torn houses, howling… I also tried to read up on what to look for in a pup, especially one that, hopefully, we can train to help me. So we went back up there the next weekend, armed with what lines to look for, teeth, temperament… stance on political issues… and when we arrived, all the pups had grown again. They were all pretty much indistinguishable, they were all so happy and confident that we didn’t quite know who to pick. The only thing that gave us any kind of help was that three pups were cuddled and two got shaky in Em’s arms and one didn’t. (in all fairness, one needed a pee and the other was ready to go to sleep) but that was all we had to go on so we snuggled this little chap with a brown collar and watched him run about with his buddies.

Fergus was jolly, not too people or pup focused. He liked saying hi and he liked wandering off to explore by himself. Ollie had been very much like that which seemed to be a good indicator for me, at least, for an assistance dog. Not too into people so that he would get over excited when anyone came and said hello but not too independent so that he wouldn’t care about us much at all. So we decided on him and Em started to look for names.

The week rushed by with tests for me and a decision whether or not I could make a six-hour round trip to London to the Writers’ Workshop event in London. Puppy proofing the house was quite frankly scary. We had an ordered, fairly calm existence with Ollie. He didn’t chew furniture or try to scratch doors… now we were faced with our new furniture getting gnawed on. Then there was food… oh man, there are a million different opinions on food. We wanted wet/dry so that if anyone did slip him a treat or two, he’d have less chance of an upset tummy. I also like the thought that a dog is a descendant of a wolf. Wolves don’t tend to eat kibble but then kibble has a lot of great benefits to help a pup grow into a really healthy dog. So, both made sense to us. It was like being on Who Wants To Be A Millionaire? What food… a or b… Thing was, phoning a friend gave you answer D, they had raised their pup on XYZ and that gave them a shiny coat. For Em, this was torture as she doesn’t particularly like decisions, the dog crate nearly drove her to chocolate! (She’s had some… she’s better now.) And I was close to closing my eyes and picking the one I was pointing at. This may seem slightly odd to anyone who is: a – sane, b – has had a pup before, c- is sane. But for two crazy Welshies, we wanted to get it right for him and make sure that it was a good place for him to come home to and it would still be standing when we came back.

With crate, bed, toys, proofing, bowls, green card all bought we were as ready as we’d ever be. On the Thursday, it was clear that I would never be able to get to London for the event. So, Friday was (as a good buddy has called it) Fergus Arrival Day… FAD. We headed up to the breeder and she took us through all the paperwork and talked sense to us. I often wonder what she must have thought of these two lunatics getting their hands on one of her lovely pups. As a leftover from my previous career in the Police, I tend to ask questions when I’m nervous… a LOT of questions. (honestly, ask my poor Editor…) Sally answered them all with calm clarity that made us feel like we could manage to raise him without causing too much chaos.

Poor little guy was sick most of the way home. It’s windy mountainous roads that would make most feel giddy so Fergus didn’t really stand a chance. Between being sick however he nosed out the window, cuddled Em, slept and was fascinated. He wasn’t scared in the slightest. Here in the UK it’s Bonfire Night week and as there was an accident on one of the roads, it was dark when we got back. As we got out of the car, a firework display went off and he was oblivious. He investigated his new surroundings and christened the new AstroTurf patch (his run until he gets all his jabs.)

He nosed at everything, played with his new toys, met Grandma and chased the bottom of Em’s PJ bottoms. It was quite clear that he loved her, she was his pup. Ollie had been very much the same, and it made me smile. He liked his crate with the door open, not so much when it was closed and decided to have a temper tantrum before flopping to sleep. When I was reading up on pups, a large breed pup is the equivalent of a two year old when they are eight weeks. He’s very much like a little boy too. So after Em sat beside the crate for a while, Fergus settled down to sleep.

We woke to the sound of Pup yelling. He needed a pee. Move it, people. Em sorted him out during the morning, feeding him his breakfast, having a play before I got up to take over. Em was building stuff yesterday. There was banging, drilling, yelling at inanimate objects, all while pup and I played, slept and watched rugby. He was fascinated by the TV, and he particularly likes French rugby which just shows he has style. So Fergus and I enjoyed Bordeaux and Toulouse battering lumps out of each other as Em did the same to her thumb. Grandma brought over treats and Fergus discovered he loves to lie under tables, chairs… which will be interesting to see when he’s fully grown.

Night number two was less crazy than night one because we pulled up half of his vet bed. Like Ollie, he prefers the feel of a hard surface to sleep, so pee breaks aside, he slept far better than the first night. We also fed him his food in his crate to help him to understand that it’s no big deal having time alone or in the crate. He gets it a little bit…

I’m writing this on day three! He’s hopefully going to get a ride with us to the beach later (only to sniff out the window and hear the waves.) Maybe he will be okay in the car this time but we’ll see. We also started a little schedule to see when he flops and when he’s playful so we know when is the best time to train him etc. We’re also trying to learn when he needs to poop so we can get him house-trained as soon as we can. He’s already a clean little guy but the more consistent we can be, no doubt it’ll help him.

I had a go at training him to ‘sit’ earlier… he is fantastic at recall already. The little guy is on cue to come bouncing at the mention of his name. Our second ‘sit’ session was much better although he wants to sit either under Em’s feet or as close to  me as wooferly possible. He’s pretty calm in the day time with a manic spell in the evening we’ve noticed so far. When he’s had his jabs and is all protected, that’s when we are thinking to give him a good exercise/walk/play session to get him using up that energy of his! When he’s tired he likes to curl up under my legs (or Em’s) Today, he seems a lot more centred on what we are doing and less rough in his play. He is enjoying cuddle sessions too.

We’re going to attempt a Kong distraction while he’s in the crate during dinner tonight. Whether that will help him like it or not, who knows…

We’ll I’ll keep you updated on all things woof as we go but for now I’ll leave you with why Em and I came up with his name.

Golden Retrievers come from Scotland so naturally we wanted a fine Scottish name. Fergus means Strong and fiery, which for a redhead makes perfect sense. Oliver, is for our boy Ollie. We wanted to hand down his name in honour of the fella who showed us the beauty of Goldies. And MacLauchlin is ‘son of the one from the Lochs’ and as Lomond is a Loch. 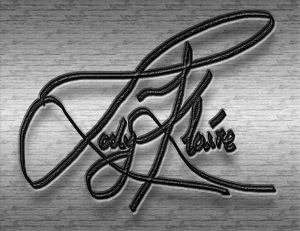 ← The Empath cover in the final!
Paws N Pens →

One thought on “Paws N Pens”