Some Literary fun with Diva

As most of you probably know, it’s been quite a journey health-wise for me but I wanted to share how amazing the GCLS Writing Academy was with the folks at Diva Literary Festival. Lucky for me, Diva were more than happy to accommodate us, and even luckier, our awesome Head of Education, Beth, let me loose with GCLS merchandise!

It was always going to be a tough task because: 1.) Ferb had never stayed in a hotel before. 2.) He’d not worked in that kind of environment so he could have been crazy. 3.) or he could have run off with any number of his fans… (who would take my socks off then?)  Then there was the fight we had to get me there. I had traveled three hundred miles at the start of the week for medical things, I wasn’t well enough to move on the Thursday and I wasn’t sure I was going to find the energy to do so on the Friday…

But, somehow, we drove up to Birmingham illuminated with fireworks. (which Ferb enjoyed watching from his window seat) and dragged every part of the kit we’d need up to the hotel room. Note to self: take less cake. 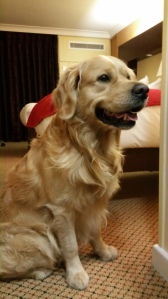 One of Ferb’s jobs is to tell me when someone is at the door which, as you may already have guessed, is a tricky situation in a hotel where there are a lot of doors being opened and closed. Count in a spontaneous firework display in the early hours and I can’t say we had much sleep. Ah well, we had cake to shovel at people.

Diva were really good with us and we were placed in between the Bold Strokes ladies and Ylva who seemed to take a shine to Ferb. As usual, he allowed some hugs… when he felt like it, snubbed others, gave a hi paw when he was in the mood and, for some ladies, there were even butt scratches. Yes, the blonde babe-magnet was at it again. “Where’s Fergus?” became the hot topic; followed by, “no, I don’t want anymore cheesecake/strawberries… are there any more Welsh cakes?”

We had a chance to meet up with some friends and make new ones, have selfies galore and I even had chance to “try” speaking German… The Ylva ladies were very polite about it too.

Ferb also helped me to make an impression on some of the big names there; he pulled me into Rachel Shelley (literally… sorry about your ankle) and we nearly ran over Heather Peace (hopefully you didn’t need that foot) but his ears pricked up when he heard fellow Scot Horse. I’m not sure if she really wanted furry trousers, but furry trousers became an acknowledgement of Ferb’s ladies. If you had furry trousers, you were cool.

So Ferb, Em and I did our best to lure in, chatter at and charm as many ladies (and gents) as we could to tell them about the incredible work the GCLS does to help writers. I particularly love the Writing Academy because they let me in now and again although that may also have something to do with Ferb.

We had a minor issue on Saturday night and were worried I was going to have to collect Birmingham hospital miles but, thankfully, I was able to complete the both days. Much of me being able to pull it off was down to the support of Velvet, Jen, (and a stray student…) the Ylva ladies and Brey at the Bold Strokes table and The Diva staff who kept smiling, kept chatting, were a delight to be around, and didn’t mind being pounced by an overgrown teddy bear (Ferb, not me.)

It was some weekend and, somehow, Ferb and I didn’t leave too many scars. Hopefully, we raised awareness for an incredible project, promoted Welsh cake, made people smile and didn’t deafen anyone in the process. 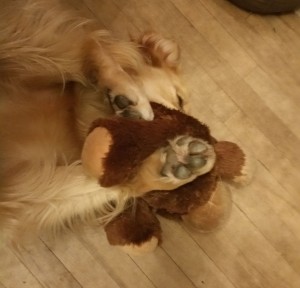 Ferb at 5 - It's my party and I'll bark if I want to! Happy birthday to our unforgettable pup 😆
Ferb has given @juliecohenauthor 's jam the royal sniff of approval. He may put in a repeat order 😉
Ferb is bearing a trophy from his cuddles with @juliecohenauthor at the @jerichowriters #FOW19 and I think he might have won a few more admirers 😊
Had a great time @jerichowriters #FOW19 Now for a pack snooze 😊
Ferb and I hanging out and sending you big smiles 😊
Ferb enjoying a walk at his favourite place